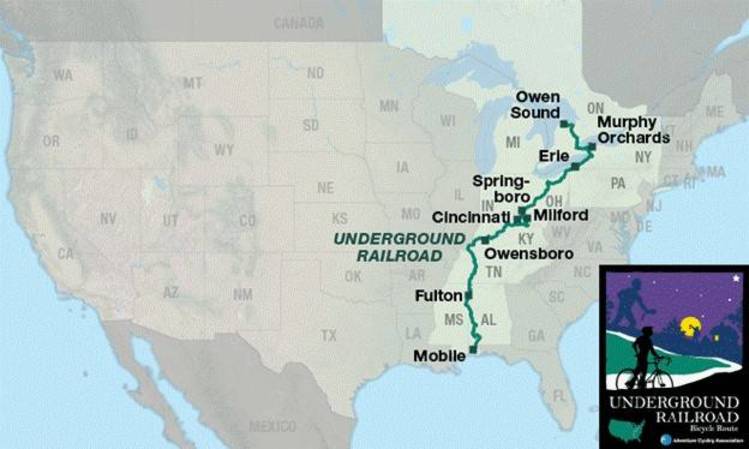 The Road to Reunion
Bicycling the Underground Railroad from New Orleans to Oberlin
April 22 to June 2, 2022

As college students in the late ‘60’s-early ‘70’s Civil Rights, Black Power and Vietnam War Eras, most of us at Oberlin likely had only a shallow awareness of Oberlin's early history with its idealism, challenges, accomplishments and failures and what that legacy has to teach us today.

How better to honor the Oberlin Classes of 1970-1972’s 50thReunion milestone than to relive some of the rich history of that time.

Oberlin was an important stop along the Underground Railroad, that historic set of pathways followed by freedom seekers from slavery in the South. Indeed, Oberlin was a hub of activity in the region. This spring Kathy TeKolste Tempest and Dave Tempest (Both Class of 1972) will bicycle Adventure Cycling’s Underground Railroad Route from New Orleans to Oberlin, arriving in time for Reunion Weekend June 3-5. This Underground Railroad route adheres to roads and trails that were used as pathways to freedom. The route is filled with historical sites from highway plaques to museums, historical homes, parks and visitor centers. Follow us along the route and learn from the commentary of David Hoard, Herman Beavers and others of the Oberlin Class of 1981 students who walked 420 miles of that route in January of 1980 as a now famous Winter Term Project.

This is a well mapped bicycle touring route. Adventure Cycling considers it “Epic” with nearly 70,000 feet of climbing along the 2000 miles between New Orleans and Obelrin. Dave and Kathy plan to carry all their gear and to camp most nights while stopping at historical sites along the route.

Here’s a link to Adventure Cycling’s overview of the Underground Railroad Route covering some of the history, terrain and logistics.

For those interested, here is a link to intro to bicycle touring.

Check out Dave and Kathy's daily online journal of their bike trip, containing photos of their journey here.

Contributions to any Oberlin fund are welcome but specifically consider the The John Mercer Langston Black Alumni Emergency Student Fund as an option. This fund was set up by David Hoard and Lester Barclay, two of the “UGRR Walkers”, to provide financial assistance for Oberlin students who are experiencing an unusual and unforeseen financial demand which immediately threatens matriculation.

For additional resources and to make donations to The Oberlin Heritage Center and to the Wilson Bruce Evans House—two civic organizations dedicated to awareness of Oberlin’s rich heritage and who have helped educate Dave and Kathy for their ride-- click here. 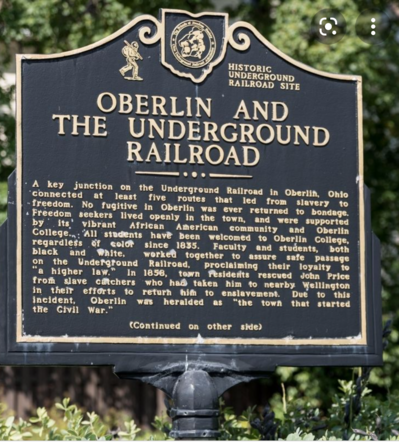