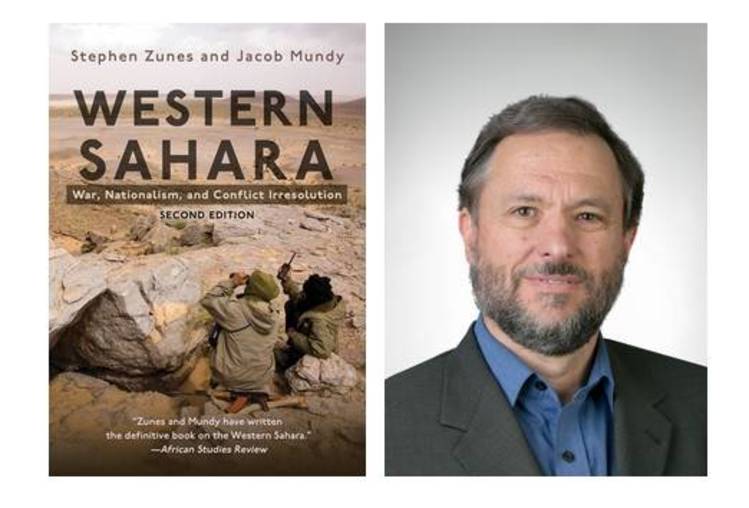 Professor Stephen Zunes ’79 of the University of San Francisco will address the Western Sahara conflict and the ongoing Moroccan occupation of the nation of Western Sahara. Western Sahara is a full member state of the African Union.

The United Nations and the World Court have called for the Sahrawi population to be allowed the right of self-determination. The United States, meanwhile, remains the only country in the world that formally recognizes Moroccan sovereignty over Western Sahara. The presentation is timed with the release of the second revised expanded edition of Professor Zunes’ book Western Sahara: War, Nationalism, and Conflict Irresolution, and his return from visiting Sahrawi refugee camps in Algeria. Professor Zunes will assess the human rights situation under the Moroccan rule, the nonviolent and armed resistance to the occupation, U.S. policy, and more.

Join us for a perspective on a conflict that receives limited press attention in the U.S.

Stephen Zunes is Professor of Politics and International Studies at the University of San Francisco. He teaches courses on the politics of the Middle East and Africa, strategic nonviolent action, conflict resolution, and U.S. foreign policy.