Oberlin Club of Washington, DC: The Abe Legacy: An Assessment of His Accomplishments and Shortfalls, and the Significance for Japan and World Politics 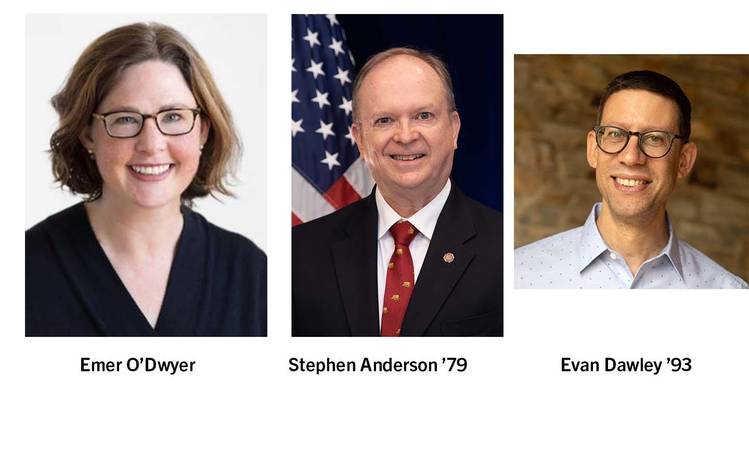 "The Abe Legacy: An Assessment of His Accomplishments and Shortfalls, and the Significance for Japan and World Politics"

Prior to his assassination, Shinzo Abe was recognized as an impressive and important Japanese leader. His tenure as Prime Minister was the longest in the country’s history. His initiative to revive the Japanese economy through “Abenomics” was considered bold, and he raised Japan’s international profile through expanded security partnerships and efforts to adjust Japan’s pacifist constitution to expand military options. Even after resigning from the Prime Minister’s position in 2020, Abe remained a central power broker in Japanese politics.

What is Abe’s legacy, how consequential was his tenure, and what do his successes and failures tell us about Japan and its prospects? Join an expert panel who will help us explore these issues and gain insight.

Emer O’Dwyer is Director of the East Asian Studies Program and Associate Professor of History and East Asian Studies at Oberlin College. She specializes in 20th-century Japanese history with research interests in imperialism, democracy, and the postwar Allied Occupation. She is the author of Significant Soil: Settler Colonialism and Japan’s Urban Empire in Manchuria, and has works published in major academic publications and blog posts for the Library of Congress and Global Urban History. She serves on the Executive Committee of the Associated Kyoto Program, a consortium-based study away program of which Oberlin is a founding member. She earned her Ph.D. from Harvard where she also earned her undergraduate degree.

Stephen Anderson ’79 served in the Department of Commerce for over 25 years. His last assignment was as Commercial Attache at the U.S. Embassy Tokyo. During his career he conducted overseas tours in Asia at Beijing, Nagoya, Bangkok and Tokyo. He also served at the U.S. Export Assistance Center in Baltimore, and had a 4-year posting as Commercial Counselor in Dublin, Ireland. Prior to government service, he was a research professor at the University of Wisconsin-Madison and International University of Japan. His publications include Welfare Policy and Politics in Japan: Beyond the Developmental State (winner of the 1993 Ohira Book Prize) and “The End of One Party Dominance,” Current History 1994. Steve was a Government major at Oberlin, and earned a Ph.D. from MIT.

Evan Dawley ’93 is an Associate Professor of History at Goucher College, where he has taught since 2013. His research has focused on modern East Asian history, with particular attention to Taiwan, China, and Japan. He previously worked in the Office of the Historian at the U.S. Department of State. Evan was a History major at Oberlin. He earned his Ph.D. from Harvard.